Velominati Rule # 90 // Never Get Out of the Big Ring.    If it gets steeper, just push harder on the pedals. When pressed on the matter, the Apostle Johan Museeuw simply replied, “Yes, why would you slow down?” It is, of course, acceptable to momentarily shift into the inner ring when scaling the 20% ramps of the Kapelmuur.

That’s right, I love the inertia only the big ring can deliver (I religiously ride a 53/39T chainset), a little less the sound of my knees popping under strain. However, whenever practical, I will always push the 53T.

Last weekend I rode the Mount Coot-tha challenge (#GBBR2018), accompanied by 2000 other riders, a great atmosphere and perfect riding weather. 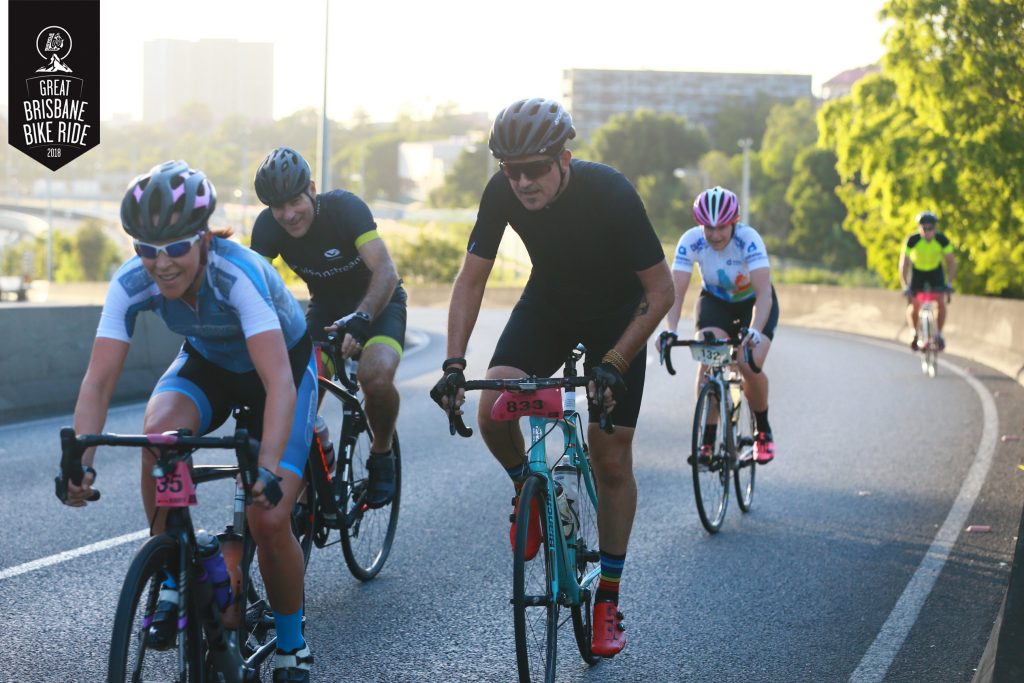 was feeling a bit of a grumpy-pants waking at 3 am, a victim of my cycling obsession. Once again, while my friends are having fun I’m living like a monk…mmm, not really, but it takes some willpower to get into a good shape and keep it up. #onefortheroad or possibly I should say #morewaterfortheroad

However, as the sun came up over Brisbane, all turned into excitement. It was refreshing to hear the words of the MC, acknowledging the Aboriginal People as the traditional owners of the land. So far a first in cycling events I’ve been to and I hope to hear it more often. Time for a Treaty? Perhaps for the Republic?

#GBBR2018 was another mile-stone in my preparation for the #TCRNo6. How does a gran fondo possibly prepare you to race the TCR? Well, it’s not really about riding the Coot-tha challenge for fun and collecting freebies at the finish line. It’s about riding the 110km distance flat out, living the rest of the day doing what you would normally do and riding hard once again the morning after.

Did I go flat out? Oh yes, you bet. I saved the legs a little on the final ramp of Mt. Coot-tha, knowing the rest of the course would have been far from flat, but apart from that, I went for the full suffer-fest, as planned.

I just stopped once for a quick pee, which was a great excuse to ease the bite of my saddle… 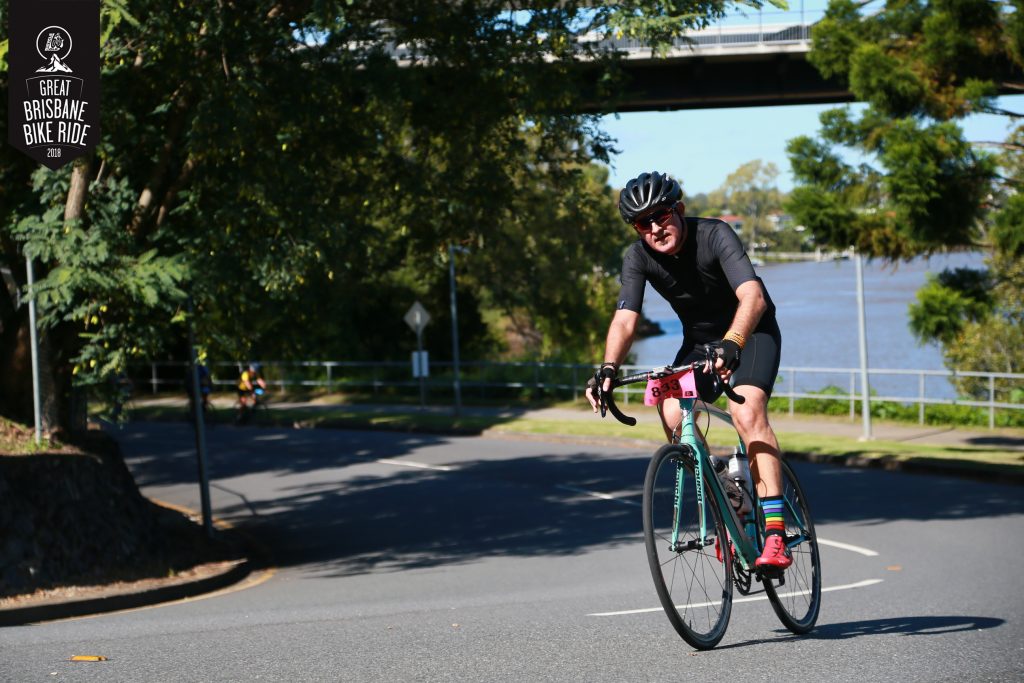 I don’t have more epic memories of the event, apart for the pain in my legs and the road pitching upward, most of the time requiring to push the mythical big ring and riding out of the saddle. I also recall the bums of those in front of me, both sporting a bib resembling a Lion King musical advert.

One for the road

I was apparently quite fast, back home in the Bay in time for lunch, unleashing phase #2 of my plan: live the rest of the day as  you would after a walk in the park.

So I’ve rewarded myself with a hot bath, a glass of Prosecco, and I’ve joined Emma and the friends for a large lunch at the Surf Club. I must confess the desire of lying on my couch, lost in planet youtube, was always there…but I resisted and went the proverbial extra mile in the evening. Amyl and the Sniffers were playing for free at the Brewery, so why not having onefortheroad?

In Australia they would answer “Does the pope shit in the woods?”

It’s been a while since I’ve seen stage diving and crowd spitting been performed to such effect, wow, thanks Amyl, great show!

Lessons learned during an hammer-down Sunday