A guest blog by Emma Briggs

Rule # 81 //  Don’t talk it up.   Rides and crashes may only be discussed and recounted in detail when the rider required external assistance in recovery or recuperation. Otherwise refer to Rule #5.

Cycling is a perilous pastime. I’ve watched Gianluca’s shoulder being manipulated back into its socket in hospital after a fall and seen him arrive home with blood dripping from his hand following a collision with another bicycle. My brother was left injured on the road after a hit and run with a car and I’ve also had my share of cycling accidents, although my leisurely riding speed has prevented me from incurring any significant damage so far. 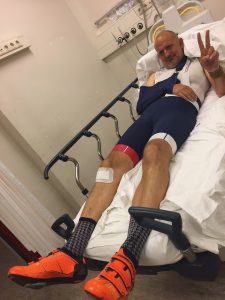 Unfortunately, at least in Australia, it is made far more dangerous than it needs to be by hostile motorists. The hate directed at cyclists here is extreme and disproportionate. There is enough room on the roads for both two and four-wheeled vehicles and actually, if more people switched from cars to bikes, there would be even more. Although European roads are often much narrower, they are shared with far greater harmony and mutual respect.

In this country road cyclists face regular abuse, projectiles and intimidation from cars swerving towards them. Why? I think it’s the lycra. I have never worn it and nobody has ever yelled at me. When Gianluca is riding with me in normal clothes, all is peaceful on the road.

I get it. Well, I certainly don’t get the level of aggression, but I’m not a big fan of lycra. It just looks a bit silly. It reminds me of a superhero costume, but I don’t want to give Gianluca any ideas or he might start wearing a cape.

However, the whole spandex situation made a bit more sense to me when we recently rode together through the hills. Normally I don’t do hills on bicycles, but one Sunday I decided to hire an electric bike so I could gain an insight into what this cycling obsession was all about. Because we were riding together to a cafe for lunch, my partner was forbidden from wearing lycra. 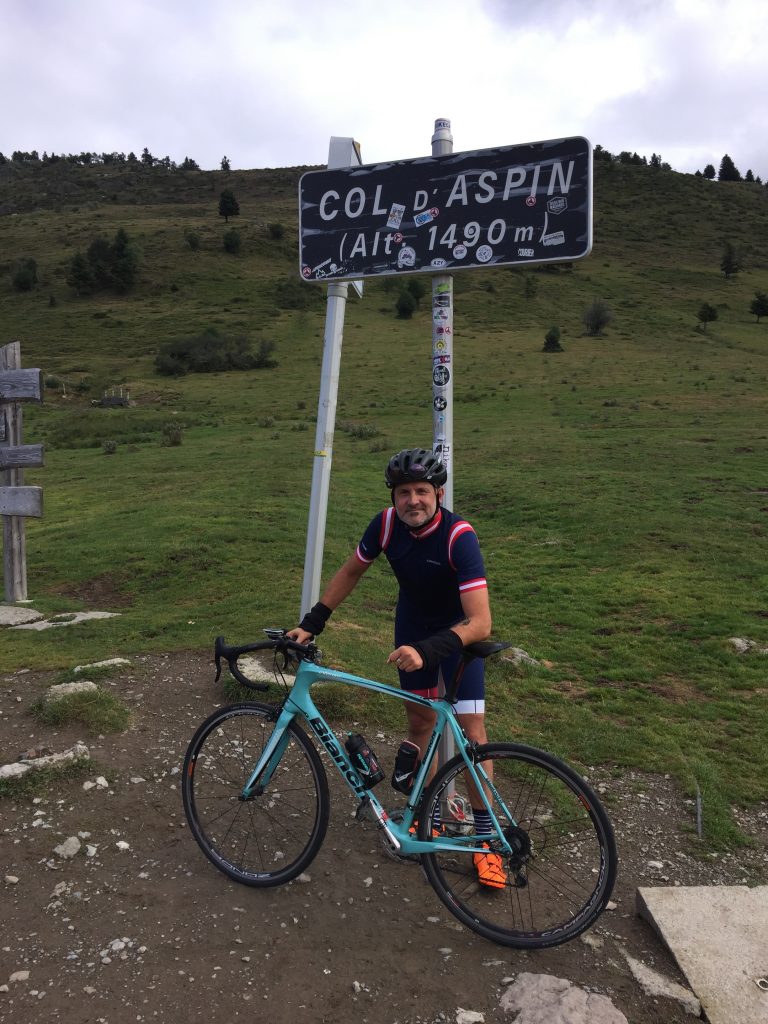 It was all very lovely- beautiful countryside, ocean views and easy battery-assisted pedalling for me. Gianluca was happy because he was on his beloved bike, but things weren’t so easy for him. Having to use his actual muscles for propulsion, he was soon covered in sweat, which became sticky and uncomfortable in his regular clothes. The necessity of the padding in the lycra shorts also becomes apparent after any time spent climbing and descending slopes on the rigid seat of a road bicycle.

I could see he was suffering for my fashion preferences and although you will still never see me fluorescent spandex, I had to concede that Gianluca’s lycra love was at least partially based on practicality.

Cycling is a healthy, fossil-free and (supposedly) fun mode of transport, so even if you don’t like the associated uniform, allow the MAMILs their superhero fantasies and please don’t make it less safe for them than it already is.

3 thoughts on “Dangers and perks of spandex”